STATUS OF BEEDI WORKERS IN INDIA

India has more young people than any other country in the world i.e 50% of the overall population. India is a developing country with and growing economy with more working people 501 Million by 2020.

The workers in India are distinguished under these sectors such as primary sector, secondary sector, and tertiary sector. The beedi workers are comes under the sector of secondary workers.

The term beedi workers are not defined in the statutes and it simply means the workers who are involved in the making of beedi. The beedi means unprocessed tobacco wrapped on a tendu leaves it is being consumed by smoking it.

The beedi is also referred to as poor man’s cigarettes. The trace of making the beedi rolling in India is found in the British time when they started to cultivate the tobacco.

Mostly in all states of India, the beedi is known and states like Gujarat and the Nipani area which is located in the Belgaum District of Karnataka, and in this area, they are producing high-quality beedi tobacco.

The beedi can be made by rolling the tobacco in a tendu leaves it is mostly handmade because the people with skill in doing this on generation can do it fast and makes a good finished product. Mostly 90% of the workers are a woman who wants to feed their children living in the rural areas and the children of them are engaged in this beedi rolling.

The workers are illiterate so there have been exploited by the contractor who gave the work to them. The beedi workers get wages on a daily or weekly basis because wages depend upon their work mainly on the count of beedi rolling. Even though they are working hard and want to earn here the wages are very low.

The beedi workers are being affected by diseases such as asthma, bronchitis, and other lung-related disease. They work on the tobacco leaves every day their whole body is affected.

They have to assure the leaves for their work but most of them are not taking any leave as it is their source of income they rely on. If they don’t work for a single day the family can’t have a meal.

Every human has their identification is a fingerprint even the twins cannot have the same fingerprint but here in the case of beedi workers due to their continuous work of making the beedi rolls their fingerprints are fading up in a current scenario the fingerprint which is most essential for the biometric system.

These statutes are dealt with the beedi workers

The Beedi and Cigar Workers (Conditions of Employment) Act, 1966 in this the provisions are made for the welfare of the beedi workers who are working in the industrial premises the working hours, wages.

The employer must obtain the license from the competent authority and it should be renewed every financial year. Section 2(f)(1) of the Beedi and Cigar Workers (Conditions of Employment) Act, 1966 defines the home worker means any labor who is given raw materials by an employer or a contractor for being made into beedi or cigar or both at home.

Now the Beedi and Cigar Workers (Conditions of Employment) Act, 1966 was repealed and added into the Occupational Safety Health and working conditions code, 2020 in the code the provisions relating to the beedi and cigar workers are in Part V.

The beedi workers are highly unorganized sector workers they are eligible for the Central Government Scheme named Rashtriya Swasthya Bima Yojana this is been launched by the Ministry of Labour and Employment in the year 2008 but now this scheme is under the Ministry of Health and Family Affairs. The scheme is a National Health Insurance provided by the central government.

PROBLEMS FACED BY THE BEEDI WORKERS

The problems of beedi workers are stated below

Every year the beedi workers are losing their lives while making on it so their welfare fund had to be reached to them and the official should focus on implementing the welfare schemes which are enacted for them by the central and state government.

The precautionary measures should be done for them as they are been affected the most and they have to be given the provident fund, health insurance, and other remedies which will improve their life. The education to be provided for the workers and also to their children as they have to know about their rights and schemes which are made for the upliftment of their lives.

The women are working are living in the rural areas the government has to make ways to develop their way of living standard and the workers who are involved in this are nearly 5 Million people so their lives are in extreme danger of dying of the disease the main cause for their work is due to their poverty and unavailability of other works.

Even though they are working in the home and making the beedi rolls. The contractors have necessarily arranged the precautionary measures like providing masks and gloves. If they are employed in the industrial premises the employer is liable for the safety of the workers who are working for wages.

For the workers who are works in industries their rights and working hours, and leaves are stated in the enactment of the Beedi and Cigar Workers (Conditions of Employment) Act, 1966.

The Government should provide an awareness program and tries to educate their rights and freedoms which are ensured by the Constitution of India and other Legislations.

The programs should be conducted specifically for the women workers on how to read and write this is surely impacting their daily life their children will start to learn things from their mother. The women have to learn and write so the next generation will move from this sector and move on to the higher level, overcome the poverty line, and so on. Education is the key to leveling their status in society.

The beedi workers are involved in making the beedi rolls due to the reason of poverty, lack of education, and lack of awareness of their rights and freedoms.

The appropriate government should focus on creating awareness and welfare schemes for the workers who are illiterate and they have to be educated and it is the sole duty of the government to do it. Every human should treat equally and respectfully as they have the right to live with dignity and it should not be violated by any of the citizens. 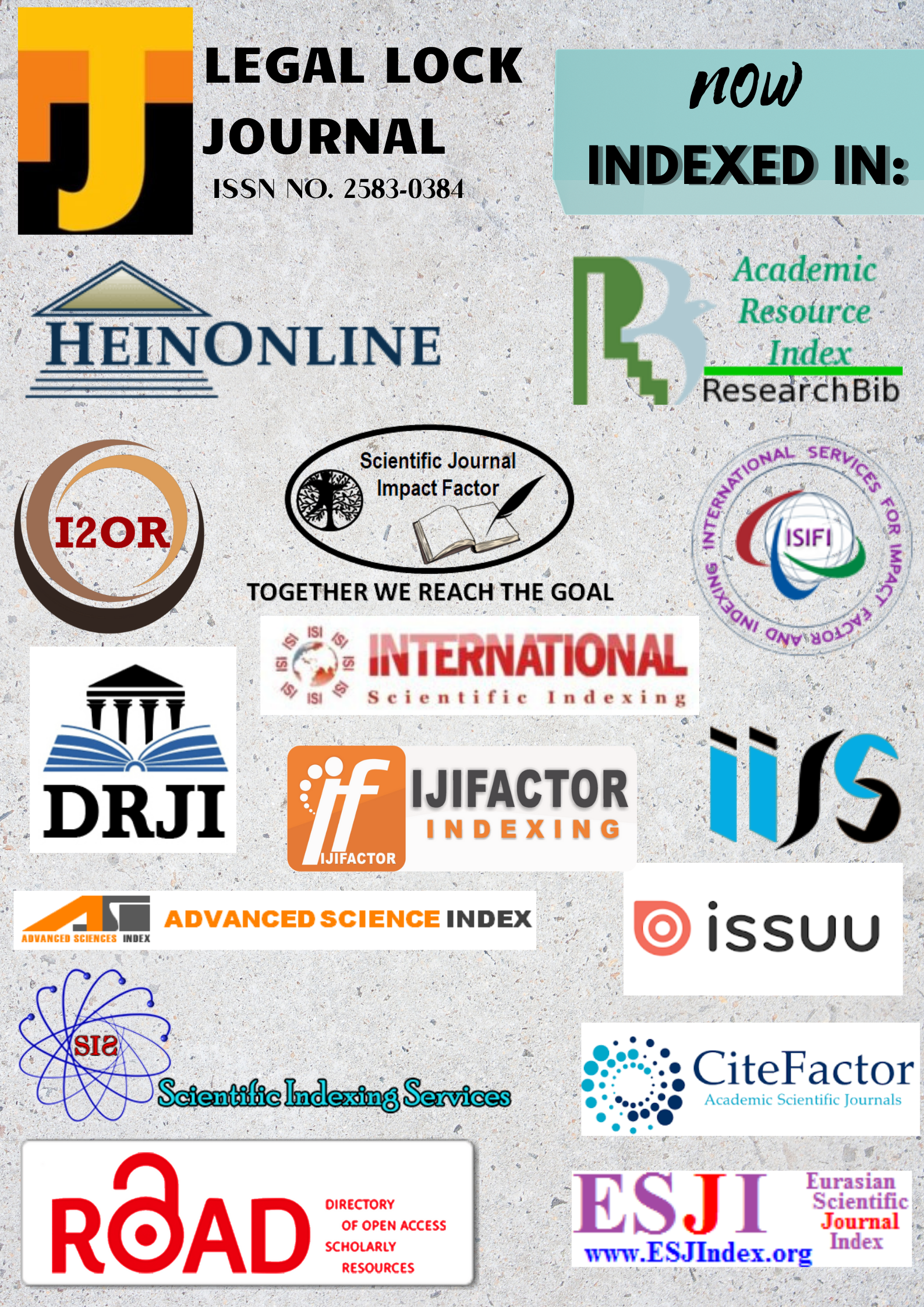 This work is licensed under a Creative Commons Attribution-NonCommercial 4.0 International License

A JOURNAL FOR THE LEGAL FRATERNITY!